Working with your Family Physician

Working with your GP

True/False - Quiz: Do You Understand Dementia?

Quiz: Do You Understand Dementia?

Test your knowledge by answering the following questions:

We all forget things as we age, but that doesn’t mean we have dementia. Dementia isn’t just one condition - it’s a term that refers to symptoms that cause a decline in mental ability that interferes with daily life. Alzheimer's is the most common type of dementia and accounts for 60 to 80 percent of cases. Vascular dementia is the second most common dementia type and occurs after a stroke. Memory loss that worsens over time can be another type of dementia. 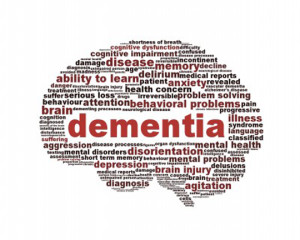 In addition to Alzheimer's, some of the other things that can cause dementia include previous or new brain infections, a bad head injury, stroke or multiple sclerosis. There are some treatable conditions that can produce similar symptoms to dementia, such as thyroid disease, vitamin deficiencies, mental illness or sleep disorders. People with dementia often have problems with short-term memory. To have dementia, at least two of these core mental functions must be significantly impaired:

Dementia generally gets worse over time - some people lose mental functions quickly, while others remain the same for a long time. People with more severe dementia may become more childlike, neglect their personal hygiene, become scared or get angry with others. They may not know where they are or recognize loved ones.

There isn’t one test to diagnose dementia. A physician will usually do a physical examination, ask health history questions, test memory and recommend a blood test, MRI or CT scan. He or she will probably double check symptoms and answers with a loved one as well. Dementia treatment may include medications to slow progression, but they’re not a cure. Counselling, family support and social programs can help people and their loved ones deal with dementia.

Talk to your family physician if you'd like more information on dementia.

Visit HealthChoicesFirst.com for more videos and resources on family health.

Adherence:
Adhering to your medications, prescribed exercises or lifestyle changes (such as dietary changes, smoking cessation, reduced alcohol consumption, etc.) is essential to improving health outcomes successfully. Compliance to any prescribed treatment is the number one thing you can do to ensure positive changes and optimal treatment outcomes.